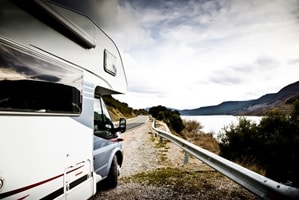 Over two dozen Latino families have filed a federal discrimination lawsuit against the city of Richmond, Virginia, claiming that the city's code enforcement campaign targeting mobile home parks is an attack on their civil rights.

Richmond inspectors have been focusing their efforts on Rudd's Trailer Park for much of the past year, and are now starting an investigation on homes in the Mobiletown Trailer Park on Old Midlothian Turnpike.

So far, over 20 homes have been condemned, leaving their occupants homeless and those who remain in the park terrified that the same might happen to them. Most of those affected by the investigations are Latino, making them feel as if Richmond officials are targeting their group specifically.

Olivia Leon Vetervo, a 19-year-old who has volunteered her bilingual skills to serve as her community's translator, says "the requirements were vague and unreasonable, the process of getting city permits and approval was way more complicated then it should have."

This fear has led to a total of 33 people filing a federal lawsuit in an attempt to protect their rights and their homes.

In the words of the group's attorney, "for the past year and a half, the City of Richmond has abused its code enforcement authority in an aggressive campaign fueled by threats, intimidation and illegal requirements."

City officials have defended themselves by claiming that there are hundreds of of safety violations taking place in these communities. According to the lawsuit, however, even when families made efforts to change, they were still left homeless.

If you believe you, a colleague, a client or a friend have been treated unfairly, submit your claim to the discrimination attorneys here at The Meyers Law Firm. Our staff will review your case and help you determine your best course of action.