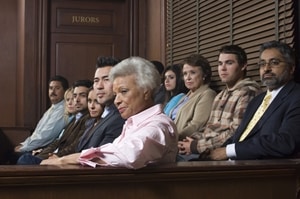 The Nebraska Supreme Court is giving a former eye clinic employee a second shot at convincing a jury she was discriminated against and unfairly let go by her employer.

Cindy Marshall claims that her former employer, EyeCare Specialists, fired her back in 2012 because they considered her to be "disabled" after discovering she'd undergone substance abuse treatment before her employment. She also claims that her supervisors discriminated against her because of a set of medical conditions that make her hands tremble and cause bruise-like marks to appear on her skin.

She says she was forced to cover her marks while at work despite the fact that they weren't open sores, and to lay out all of the medications she dealt with so other employees could watch them and make sure she didn't steal.

The clinic responded to the suit by saying that Marshall wasn't fired for health problems, but rather for poor job performance. While a county judge sided with the clinic last year and dismissed the case, the state Supreme Court is allowing the case to reopen after Marshall showed them a written reprimand for failing to cover up her marks.

Speaking to the evidence Justice William Cassel wrote that it can only "be construed as direct evidence that EyeCare Specialists perceived Marshall to have a disability. At this stage, the only question is whether this evidence was sufficient to create a genuine issue of material fact as to whether EyeCare Specialists terminated her employment for that reason. We conclude that it was."

Discrimination in the workplace is a serious issue. If you believe you've been treated unfairly because of a disability or other issue, submit your claim to the workplace discrimination attorneys here at The Meyers Law Firm. Our staff will review your case and help you determine your best course of action.