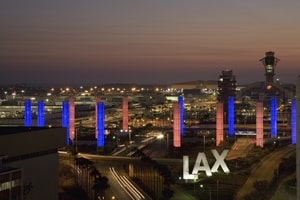 On November 1, 2013, a 23-year-old gunman entered Los Angeles International Airport (LAX) and shot and killed a TSA officer on duty at a security checkpoint. The shooter would wound three other people in the terminal before finally being taken into custody by police. The family of the slain TSA agent is now filing a wrongful death lawsuit against the airport, Los Angeles Police and Fire Departments and the city itself for negligence that they say contributed to the man's death.

According to The Wrap, the lawsuit claims LAX had failed to hire, train and instruct security and emergency response personnel that, had they done their jobs properly, would have been able to treat the TSA officer's injuries quickly enough to potentially save his life.

"[The TSA agent] lay wounded approximately 20 feet from an exit without medical attention for more than thirty minutes," the lawsuit states. "This delay in seeking and providing medical assistance demonstrated a conscious disregard for [his] medical condition, and was a contributing factor in [his] death."

The wrongful death claim also alleges that because LAX police vacated their posts without calling for backup first — a violation of standard operating procedure — the TSA officer and other potential victims in the terminal were left vulnerable to attack. Additionally, the lawsuit accuses the airport of installing outdated and faulty security equipment, such as the 911 "Red Phones," which were so old — and in some cases not even functional — that 911 operators weren't able to see that the calls were being made from LAX, delaying police response to the airport.

The family is seeking $25 million in damages.

If you have ever lost a loved one, believe the negligence of others is to blame and need to find a personal injury attorney for legal representation, contact The Meyers Law Firm. Our expert Kansas City lawyers will fight for any restitution you might be owed.