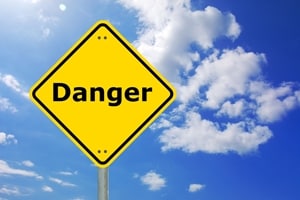 The family of a 27-year-old camera assistant who was killed by a freight train has filed a wrongful death lawsuit, alleging that the woman was the victim of negligence.

Sarah Jones was working on location in Georgia for the production of Midnight Rider, a biographical film featuring rock-star Gregg Allman. The crew was filming a dream sequence that involved placing a metal bed on an active train trestle.

The complaint alleges that production managers told crew members they had permission to film on the tracks, and that they did not expect any more oncoming trains that day. When a freight train appeared, the crew was unable to remove the bed in time to avoid a collision. The victim's father Richard Jones told reporters that when the train struck the bed it created shrapnel, which hit Sarah and threw her into the path of the oncoming train.

Jones says he hopes the wrongful death suit will help make the industry safer, and will give other young workers the confidence to question professional authority and remove themselves from unsafe situations.

"It would have been so easy to prevent this," Jones told ABC News. "There's no movie worth producing that's going to take someone's life."

Jones' parents are suing the movie's director and producers, the train track operators, the owner of the surrounding land, a film distributor and Allman for undisclosed damages.

If you believe your loved one was killed or injured as the result of negligence on the part of a Missouri individual or company, you should contact experienced personal injury lawyers. The Kansas City attorneys at Meyers Law Firm can assess your claim and help you recover any civil damages to which you may be entitled.