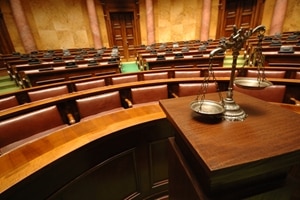 A California jury has awarded $18 million to Bryan Stow and his family, after the San Francisco Giants fan sustained debilitating injuries during an attack by two L.A. Dodgers fans in 2011. Nearly $14 million in damages is to come from the L.A. Dodgers, according to the Los Angeles Times.

We previously discussed on this blog how Stow's family claimed in their civil lawsuit that the Dodgers and then-owner Frank McCourt were negligent in not arranging for better security at the game where Stow was beaten. The jury cleared McCourt of liability but did order the Dodgers to pay $13.9 million. The rest of the liability lies with the men convicted of the attack.

On Opening Day at Dodgers Stadium, two men approached Stow in a parking lot following the game and brutally beat him. He was wearing a San Francisco Giants jersey at the time. The men reportedly kicked Stow in the head until he was unconscious, leaving him permanently brain injured. His family and lawyers say he will require round-the-clock care for the rest of his life.

The defense argued that the Dodgers were not responsible for the assault, blaming Stow's attackers, who are currently in prison, and the victim's own intoxication.

The jury rejected that argument.

"I couldn't believe it," Stow's mother, Ann Stow, told members of the press after the verdict was read. "It was like a big weight off of our shoulders. We waited three years to hear that, and it's finally over."

Have you or a loved one been seriously injured thanks to the negligence of a business, organization or government entity? If so, you may be entitled to seek civil damages. Call the free consultation lawyers at The Meyers Law Firm today.