Remote texters can be liable for injury in accidents 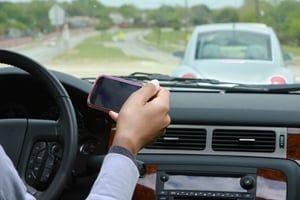 The dangers of texting and driving have been talked about extensively in the media—with texting while driving making a crash 23 times more likely to occur and 13 percent of all teenage drivers admitting they were texting before an accident. But a ruling from the New Jersey appeals court has held that a remote texter (the person texting the driver) can be held liable to third parties for injuries caused when the driver gets distracted and causes an accident.

In this case the defendant—17-year-old Shannon Colonna—was deemed not to be liable when she sent a text to driver 18-year-old Kyle Best within 30 seconds of Best causing an accident that left two motorcyclists severely injured. The issue at play was whether or not Colonna knew that Best was behind the wheel when she texted him.

"We conclude that a person sending text messages has a duty not to text someone who is driving if the texter knows, or has special reason to know, the recipient will view the text while driving," explained the court in their opinion. "But we also conclude that plaintiffs have not presented sufficient evidence to prove that Colonna had such knowledge when she texted Best immediately before the accident."

The evidence in the case painted a clear picture of the texting being the cause of the accident—within seventeen seconds of Best sending a text, he was calling a 911 operator after his truck had drifted across the double center line and hit the David and Linda Kuberts head-on. Colonna and Best were dating at the time, and the court held that there was insufficient that Colonna "actively encouraged" Best to text her while driving and "Colonna did not have a special relationship with Best by which she could control his conduct." The ruling, while indemnifying Colonna, does establish precedent for suits against remote texters in personal injury cases.

If you believe another party is responsible for your injury, contact The Meyers Law Firm today. Our personal injury attorneys will review your case and help you decide the next step.