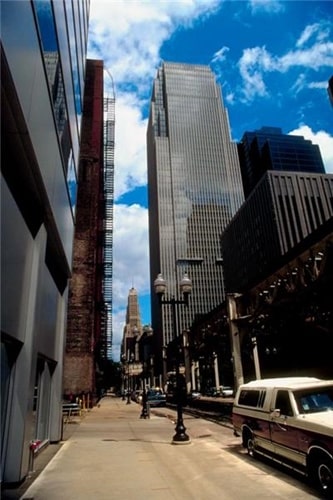 A janitor in Chicago's iconic Marquette Building, which is owned by the John D. and Catherine T. MacArthur Foundation, has filed a discrimination lawsuit after he said that the building manager harassed him several times and treated him unfairly because he is African-American. Ronnie Rush, the plaintiff, filed his complaint earlier this month in U.S. District Court.

The first incidence of intense taunting took place in 2007. By 2009, Rush and the property manager, Mike Curtis, worked out their differences and the plaintiff continued his job as janitor. However, the respite in harassment was short-lived and it began again that year. Rush said that he was frequently referred to as a derogatory name for blacks by Curtis.

''It became so unrelenting and hostile that it was enormously stressful for (Mr. Rush) to be at work," the plaintiff's attorney reported in a statement. "The building manager's efforts to get him fired and harass him were just so overwhelming that even though he feared filing a lawsuit because of retaliations, he did so anyway because he felt he had nothing else to lose."

A spokesman for the MacArthur Foundation, which promotes gun control, youth justice reform and has set forth initiatives to battle racism and sexism, stated that Ronnie's lawsuit is without merit. The unnamed male revealed that the foundation will fight Ronnie's allegations to the best of its ability.

No person, regardless of race, should ever be a victim of discrimination. If you live in Missouri and have been subjected to this inappropriate behavior, you may want to consider scheduling a consultation with a lawyer in Kansas City. These experienced and locally based professionals can assess your claim, try your case in court and help you recover damages you may be entitled to.