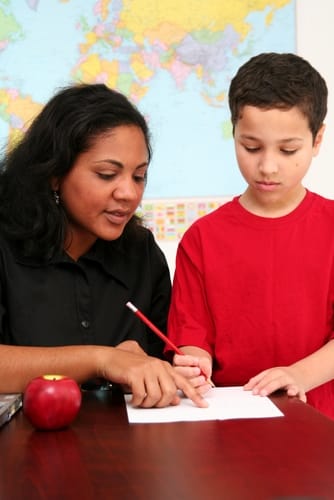 Three Chicago public school teachers who are part of the Chicago Teachers Union have filed a lawsuit against the city's Board of Education claiming that the "turnaround" programs predominantly in south and west side of the Windy City are discriminatory. Turnaround initiatives involve firing teachers and administrators at educational institutions that were considered low-performing and hiring new staff.

The complaint, which is seeking class-action status, was submitted on Wednesday, December 26. The male plaintiffs in suit were terminated six months ago when 10 of the area's schools underwent "turnaround" programs. They allege that Chicago Public Schools is the reason that the number of black teachers in the district has fallen more than 10 percent in a span of 10 years.

According to online news sources like NBC Chicago, the plaintiffs are seeking job reinstatement, lost pay, damages and someone to monitor turnaround initiatives in the upcoming years.

The Chicago public school district declined to give specifics regarding the lawsuit, but in a written statement, it did state "We have an obligation to expand high-quality school options to all families and children in every neighborhood and turnarounds is just one tool that allows us to provide those options."

This isn't the first incident that has put Chicago schools in the spotlight. Earlier this year, teachers gathered to strike for the first time in almost 30 years in an effort to voice disapproval of educational reforms and, over the next few years, various other educational institutions in the city are set to close because of a lack of enrollment and funding.

However, no word has been released as to when the next court date is set regarding the current situation.

If you have been the victim of discrimination and live in Missouri, you may benefit from a consultation with a lawyer in Kansas City. These experienced and locally based professionals can assess your claim, try your case in court and help you recover damages you may be entitled to.