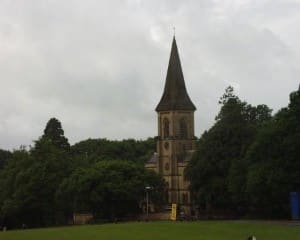 Though it is a common occurrence, religious discrimination doesn't always mean an employee has been persecuted for expressing his or her faith. Sometimes, an individual's lack of faith can actually be a motive for open discrimination and harassment at work. In a recent case, an Oklahoma man alleges that he wasn't hired by an organization because he didn't share the beliefs of its employees.

On June 12, the U.S. Equal Employment Opportunity Commission (EEOC) filed an employee discrimination suit against the Nebraska-based Voss Electric Company. According to an EEOC press release, Edward Wolfe was directly questioned about his faith when he interviewed for a position at a Voss Lighting facility in Tulsa, Oklahoma.

Though the job Wolfe applied for did not involve any faith-based duties, Wolfe was repeatedly questioned about his religious practices. Over the course of two interviews, he had to provide details about the churches he attended, and when he'd been saved by Christ. He was also asked if he'd have any issue with attending a regular bible study.

The EEOC alleges that Wolfe was not hired because his responses to these questions did not fall in line with the organization's faith. The EEOC therefore says that Voss Lighting violated the Civil Rights Act for 1964 by discriminating against Wolfe for his religious beliefs.

Through this lawsuit, the commission aims to recover compensatory and punitive damages, as well as back pay and reinstatement for Wolfe. It is also seeks a court order that would prevent Voss Lighting from discriminating against current and potential employees because of their religious beliefs or lack thereof.

Every individual has the right to their own religious beliefs, even if they don't conform to a specific ideology. Missouri residents who feel pressured to conform to specific religious views in the workplace may have grounds to take legal action, and should consult a Kansas City attorney to review their case.