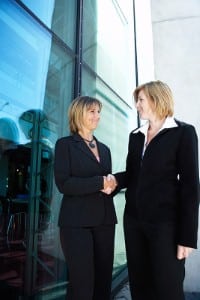 Employment discrimination lawyers aren't the only ones fighting for equal treatment in the workplace. For the last few months, politicians in Washington, D.C. have been attempting to rally support for a bill intended to prevent gender discrimination on the job.

The legislation, dubbed the Paycheck Fairness Act, would "require employers to prove that differences in pay are based on qualifications, education and other "bona fides" not related to gender," according to The Associated Press. It would also stop businesses from taking actions against any employees who voluntarily cooperated with investigations regarding company pay.

The bill's supporters – mostly democratic senators including Missouri's Claire McCaskill – promoted the bill as "the next step" after the Lilly Ledbetter Fair Pay Act, which was signed into law in 2009. That measure lifted some of the restrictions that the Supreme Court had placed on individuals seeking to charge their employers with "pay inequity."

Both bills were influenced by a 2009 Census Bureau finding that women were still making statistically less money than men.

However, the bill failed in a vote last tuesday, coming just eight votes short of the 60 it needed to pass. It reportedly fell strictly along party lines, with no senate Republicans showing support for the bill. Opponents to the bill stated that the country should be focusing on other issues, the source reports.

Though the Paycheck Fairness Act didn't pass in the senate, there are still several laws set in place to specifically prevent gender discrimination and harassment in the workplace. Missouri residents who feel they aren't receiving equal treatment at the office should consult an employment attorney in Kansas City to determine their rights.