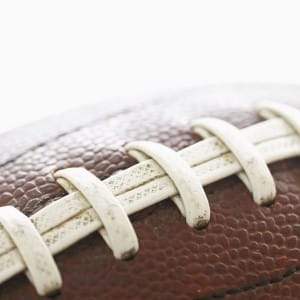 Even employees who are considered institutions at their place of business aren't immune to discrimination and harassment at the workplace. Todd Hewitt, former equipment manager for the St. Louis Rams, was abruptly let go in January 2011 after working with the team for most of his life. Last week, Hewitt and his work discrimination lawyer filed a wrongful termination suit against the franchise, citing age discrimination as the reason Hewitt was fired.

The sports world reeled when Hewitt was let go last year. He had worked for the team in some form since he was an 11-year-old boy eager to help his father, the Rams equipment manager who preceded him.

According to the court documents provided by NBC-affliate KSDK, Hewitt worked on and off for the Rams for 40 years. Throughout that time, he was described as an "exemplary employee" by his superiors.

However, when Stephen Spagnuolo was promoted to head coach in 2009, he allegedly began to subject Hewitt to regular harassment at work by making negative remarks about his age, stating Hewitt was "too old" for his position. Playing on the National Football League's acronym, Spagnuolo also reportedly told Hewitt that his employment was "Not For Long."

In the official filing, Hewitt also stated that, since Spagnuolo's promotion, "at least seven [other Rams] employees" over the age of 40 were "fired or forced into early retirement" and replaced with younger individuals.

Hewitt, who was 54 years old when he was let go, was months shy of being eligible for extended health benefits and early retirement.

Stephen Spagnuolo was fired by the Rams in January for unrelated reasons.

When Hewitt felt he had been discriminated against by his employer, he sought out a wrongful termination lawyer to plead his case. Other Missouri residents who feel they're the victims of similar discrimination should consult an employment attorney in Kansas City to review their case and determine further actions.