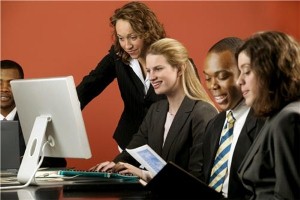 Three ex-employees of the popular women's clothing store, Wet Seal, have filed a federal racial discrimination lawsuit against their former employer alleging that the management team purposely let go of African-American workers because they didn't have the "right" look to work there.

The suit was filed on Thursday, July 12, in U.S. District Court in the Central District of California. The three plaintiffs, all from Pennsylvania, say that from 2008 to 2012, the retailer implemented a "policy and practice" that discriminated against black male and female employees both at Wet Seal and Arden B, the other store owned by the company.

The complaint alleges that the policy was started by high-level executives who sought out and purposely fired African-American workers as well as denying them raise and wages they were entitled to.

"They perceived that they would reach white markets better if they had more white managers," one of the employment discrimination lawyers told The Associated Press. "You have explicit directions from the very top of the company to terminate African-American managers."

Wet Seal has denied any wrongdoing and, according to news sources, plans on doing everything possible to fight such allegations.

"Wet Seal is an equal opportunity employer with a very diverse workforce and customer base," the company said in a public statement.

Discrimination is not acceptable in any state. If you live in Missouri, and feel that you have been unfairly treated by your employer, you may benefit from a consultation with an employment attorney in Kansas City. These experienced and locally based professionals can assess your claim, try your case in court and help you recover damages that you may be entitled to.