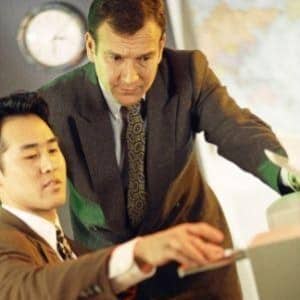 A female Fort Wayne, Indiana, police detective recently filed a complaint in federal court against the Fort Wayne Police Department (FWPD) after she says that she was sexually harassed and was the victim of discrimination because she's a woman.

Bridget Glaser started working at the FWPD in 1993 as a patrolwoman. Almost 10 years later she was moved to the Detectives Bureau. The plaintiff says that the inappropriate behavior began in 2010.

According to Glaser, her male colleagues shared inappropriate jokes with her such as "What do you say to a woman with two black eyes? Nothing, she has already been told twice." She also says that the men she worked with often tried to get her to view pornography with them.

The plaintiff alleges that despite complaining to her captain about the situation she was in, the behavior didn't change. In 2011, a male sergeant purportedly brought a sex toy with him to work. In addition to simulating sexual positions and gestures, crude jokes and comments were made that were directed to the females in the room. The object was often passed around to various colleagues and placed in the chairs of female personnel.

Interestingly enough, Glaser says the harassment didn't stop there. She says that the men she worked with often discussed the titles of made-up pornographic movies and that one high-ranking officer would look at females in bathing suits and revealing outfits on his computer.

No word has been made public as to when the case will go to trial nor the type of compensation Glaser is seeking.

If you have been the victim of sexual harassment in the workplace and live in Missouri, you may benefit from a consultation with a Lawyer in Kansas City. These experienced and locally based professionals can assess your claim, try your case in court and help you recover damages you may be entitled to.