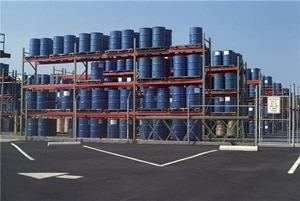 A 42-year veteran of a Texas-based company has filed an age discrimination lawsuit after he says that he was forced into resigning. According to Texas online news source The Southeast Texas Record plaintiff Max Willis submitted a complaint against his employer, Eastman Chemical Co., in Harrison County District Court on November 26. The defendant later moved the case to Eastern District of Texas, Marshall Division.

Most recently, Willis worked for almost two decades as a day-shift furnace operator and maintenance coordinator for the chemical production company. However, he was demoted in April 2011 and told that because his position was being merged with another, he would have to reapply for the job. Willis went through the application process but was not hired. His superiors let him know that he would be required to return to rotating shift work. The plaintiff did so for four months before enduring a heart attack.

Willis’ doctors told him that because his job was so stressful, returning to Eastman was not a good idea. Last March, he retired.

The online publication revealed that the plaintiff is seeking monetary damages for lost wages and benefits, attorney’s fees and court costs, front pay and compensation for mental anguish.

No word has been released as to when the case is set to go to trial.

If you have been the victim of any form of discrimination and live in Missouri, make sure that you take steps to ensure you aren’t a victim any longer. Consider scheduling a consultation with Kansas City attorneys like those at The Meyers Law Firm. These experienced and locally based professionals can assess your claim, try your case in court and help you recover damages you may be entitled to.