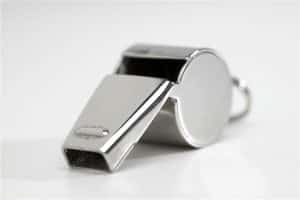 When there is a disagreement over the nature of an employee's termination, wrongful termination attorneys in Kansas City can assist the employee pursue justice during trial proceedings.

This issue came to light in Florida recently after Renee Green, the former finance director of Avon Park, filed a civil whistleblower lawsuit – a type of claim in which a person alerts the public of an organization's malfeasance – against the city.

Reports go on to state that Green later turned over documentation dealing with this policy violation and others to the state's Attorneys Office, leading to insubordination claims from Deleon and the city's project manager, Maria Sutherland.

Green was reportedly placed on administrative leave in September 2011 and ultimately terminated two days later for what was expressed to be "just cause."

As outlined in court documents, "there appeared no cause to [terminate Green], other than her opposition to the wrongful, wasteful actions – misfeasance and malfeasance of the Mr. Deleon as Public Works director and as interim and city manager; Plaintiff's testimony and production of documents to the State Attorney pursuant to her subpoenaed testimony on two occasions, and her resistance to the scheme to defraud the county of monies by changing payroll."

For enduring these claims, Green is seeking compensation for having her reputation tarnished, loss of income and benefits and mental anguish.

While Green's fate now lies within the opinion of the assigned judge and jury, this case illustrates the avenues wrongful termination attorneys can pursue when employees allege their termination did not occur for the reasons provided by an employer.