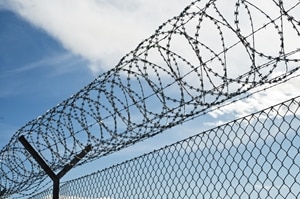 A former Idaho prison employee has filed a lawsuit accusing her superiors of gender discrimination and creating an unfriendly work environment for her after her relationship with her colleague came to an end. The complaint, which was filed on January 22 in U.S. District Court, names Cynthia Fuller as the plaintiff and Brent Reinke and Henry Atencio as the defendants.

Fuller was hired by the Idaho Department of Corrections in 2004 as a probation and parole officer but decided to leave the job in 2011. During her employment there, she was reportedly dating her co-worker, Herbt Cruz, but the romance did not last. Cruz reportedly became violent toward Fuller and as a result, they parted ways. After breaking up, Fuller says that Reinke and Atencio did not make an effort to keep her out of harm’s way at work.

”They failed to protect one of their own employees,” stated the plaintiff’s attorney, Kaas Harstad in a statement. “When a company or an employer gets a claim of harassment, they … have an obligation to take action. The department failed to remedy this situation.”

Fuller obtained a restraining order after Cruz allegedly raped her. Because of this legal document, Cruz was prohibited from entering the department of corrections but the plaintiff contests that the staff at the facility did not do enough to keep him away. The lawsuit also states that Fuller should have been granted a paid leave of absence after she was purportedly sexually assaulted by her former boyfriend. Reinke and Atencio denied her request and after using up all her vacation and sick days, she was forced to return to work or risk being fired. However, Cruz was granted paid administrative leave after his superiors found out that he was the suspect in another criminal investigation.

Instead of seeking job reinstatement, Fuller and her attorney are looking to recover compensatory damages and payment.

If you have been the victim of discrimination at work and live in Missouri, then consider scheduling a consultation with a lawyer in Kansas City. These experienced and locally based professionals can assess your claim, try your case in court and help you recover damages you may be entitled to.