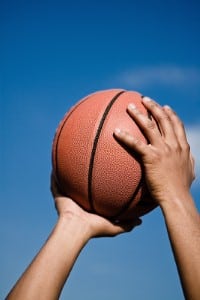 A Kentucky high school basketball coach has filed a complaint against his school district after he was fired following the 2008 season. In his suit, which he submitted on August 31, James Davis claimed that Madisonville North Hopkins High School (MNHHS) fired him because of his age and his race, according to SurfKY News Group.

Before the school's decision, Davis was the head of the men's basketball team for 11 years. Prior to that position, the 61-year-old African American was an assistant coach. The media outlet reported that six years ago, he was told he would be given $10,000 to quit. The plaintiff declined.

Before the school fired him, Davis had eight district champions to his name and appeared at the state basketball tournament.

''The Principal and Athletic Director for the school informed Davis that Superintendent [James] Stevens and the district were ‘going in a different direction,’ with no other reasons given and terminated him from his position.,'' reads the complaint, which goes on to say that he was replaced by Marty Cline, ''a Caucasian male under the age of 40.''

After learning the head coaching position was available, the plaintiff submitted an application. In his complaint he says that the administration did not even review his qualifications, nor did they take his achievements into account when thinking about who to hire.

Davis is requesting a jury trial and would like the school to give him his coaching job back. No word has been released as to when the formal hearings will begin.

If you have been wrongfully terminated from your job and live in Missouri, you may benefit from a consultation with a Kansas City lawyer. These locally based and experienced professionals can assess your claim, try your case in court and help you recover damages that you may be entitled to.