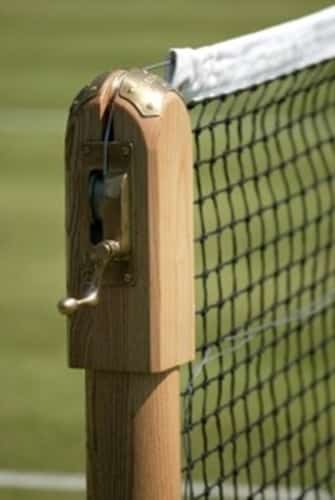 After working for 20 years as Louisiana State University's (LSU) women's head tennis coach, Tony Minnis was told by the administration that he was going to be terminated. The news was delivered to Minnis on June 30 after his team qualified for the NCAA tournament and has prompted the former coach to file a racial discrimination lawsuit.

The complaint, which was submitted on Tuesday, November 20, alleges that other white athletic coaches at LSU earned $30,000 more than Minnis.

"It's hard to say, if it's racial or personal, but when the facts come out, people understand why I filed the suit," Minnis said according to The Times-Picayune, a New Orleans news source.

Minnis revealed that the problems he had with the university's athletic department goes back years. In fact, they date back to 2008 when the former LSU employee began comparing his salary to other coaches. In his suit, he points out that the tennis instructor who took over his position makes $25,000 more than he did.

Minnis also believes that he should not have been fired, especially considering that his team won the more matches than any other LSU coach in history.

Herb Vincent, the senior athletic director at the school stated that he cannot comment on the lawsuit and cited pending litigation as the reason.

If you have been the victim of racial discrimination and live in Missouri, you may benefit from a consultation with employment discrimination lawyers. These experienced and locally based professionals can assess your claim, try your case in court and help you recover damages you may be entitled to.