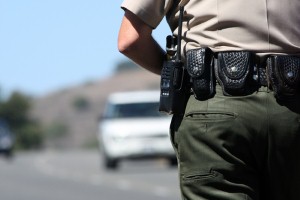 While police work was considered a job left for a man in former generations, American society has progressed to a point where today, women are seen as capable of completing any job in any sector.

Even so, women are still sometimes unfairly discriminated against for their gender in the law enforcement field. If a woman feels as though she is the victim of gender discrimination in the workplace, a Kansas City employment attorney can help seek damages from the parties at fault.

This type of case recently surfaced in Kansas after Erin Olson, a former employee of the Shawnee County Sheriff's Office, filed a civil suit against Shawnee County for violations such as sexual harassment, gender discrimination and wrongful termination.

According to reports, Olson started as an office assistant in 2008 before she was promoted to accreditation manager in 2009. Although she was promoted, her pay reportedly did not increase. As Olson began to petition her superiors for a pay raise based on increased responsibility, her employers grew cold towards her and she was later demoted.

Reports go on to detail the ensuing downward spiral of events Olson experienced including having her desk vandalized, her property stolen and being harassed at her home with a note that said "quit or die." She was later terminated for what was explained as participating too actively during a mock assessment.

Consequently, Olson is seeking an unspecified amount of damages from the county for physical and emotional pain, lost wages, sex-based discrimination, humiliation, retaliation and violations of the Equal Pay Act.

While the Sheriff's Office is not admitting any wrongdoing, this case illustrates the type of claims a Kansas City employment attorney can deploy to help a plaintiff seek justice for gender discrimination and other civil rights violations.