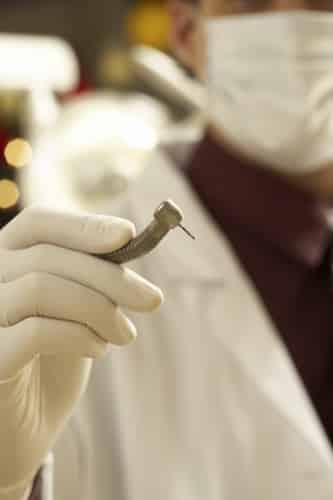 According to Courthouse News, a former dental assistant has filed a sexual harassment suit against a Blue Springs, Missouri, dentist who allegedly pleasured himself in front of her after administering nitrous oxide to render the plaintiff unconscious.

Based on the Blue Springs Dental Arts website, plaintiff Leah Kram began working at the facility at the beginning of 2008. Less than a year later, the Independence, Missouri, resident and mother of seven became embroiled in a difficult divorce that took a severe emotional toll on the employee. The complaint, which Kram filed in Jackson County Circuit Court, states that Kram's coworkers – including Dr. W. Thomas Norman – were aware of the stress she was under. It was under this pretense that Dr. Norman allegedly offered to "put [Kram] under" using nitrous dioxide – which he described as a safe way to relieve stress.

"This incident made plaintiff feel violated and extremely uncomfortable… She began to seriously reflect on the past times that defendant Norman placed her under, and she recalled defendant Norman touching her in the vaginal area during a previous instance," the source reports.

Kram now seeks compensatory and punitive damages for this abuse. Plaintiff did not immediately take legal action against the defendant out of fear that she would lose her job, the media outlet writes. However, Dr. Norman reportedly cut her hours after Kram refused further nitrous oxide treatments.

If you've been exposed to gender discrimination or sexual harassment at work, you don't have to stand for it any longer. Contact a Kansas City lawyer to review your case and recover damages you may be entitled to.