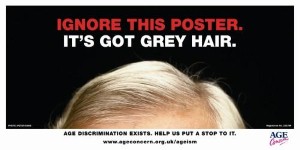 When we think of teachers and professors, we rarely think of being older as a bad thing. On the contrary, age in this profession usually translates to more knowledge and experience, which is always a positive.

However, Donald Dobkin, an immigration law lawyer, thought that his age worked against him unfairly. In fact, he sued the University of Iowa College for Law for age discrimination three years ago after the educational institute rejected his request for a job interview the year before. A jury ruled in the defendant's favor. The plaintiff then learned that a much younger applicant was given the job.

The second time the attorney filed a suit against the Iowa law school was on July 19 in a state court. He alleged that the faculty hiring committee showed prejudice against him due to his age while looking over job applications during the school's 2010 hiring phase. Dobkin also claimed he was not given an interview because of the lawsuit he brought forth in 2009.

"The difference with this case is that the legitimate business reasons [the school] provided for offering interviews last time fell by the wayside here," said Dobkin's attorney, Stephen Fieweger, according to The National Law Journal. "They said they only interview the best candidates according to their preliminary screening. But in the case, they gave an interview to a candidate who scored 40 slots lower than Don did."

A university spokesman cited school policy as the reason for declining to comment on the pending litigation.

Discrimination of any sort is never acceptable. If you live in Missouri and have been a victim of this inappropriate behavior, you may benefit from a consultation with a lawyer in Kansas City. These experienced and locally based professionals can assess your claim, try your case in court and help you recover damages that you may be entitled to.