Janet Napolitano accused of discrimination and harassment in lawsuit 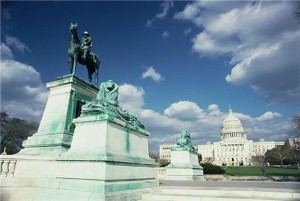 Typically, when federal government officials are accused of inappropriate behavior, it's men that are in the news. However, most recently, it was one female that was making headlines: Janet Napolitano, the Secretary of Homeland Security.

According to various sources, the 54-year-old University of Virginia Law School graduate has been under fire for embarrassing her male colleagues and awarding women she works with more opportunities than men who were reportedly equally qualified.

After the women started working in January 2009, the harassment purportedly began. According to the lawsuit, in one instance, one of the women "moved the entire contents of the offices of three [male] employees, including name plates, computers and telephones, to the men’s bathroom at ICE headquarters."

In another situation, one of the women took a male coworker's phone and sent an inappropriate message to another woman claiming that he thought about her in a sexual way.

The plaintiff also even accused one of the females that was given the job of coaxing a male employee into a hotel room and telling him that she wanted his genitals near a certain part of her body.

In the lawsuit, Hayes claims that he took steps to put an end to the behavior he and other men in the department were experiencing. However, after turning to the Equal Employment Opportunity office, he was the subject of several misconduct investigations filed by Napolitano.

The Secretary of Homeland Security and those who work with her have denied any wrongdoing.

If you have been the victim of harassment in the workplace and live in Missouri, you may benefit from a consultation with an employment attorney in Kansas City. These experienced and locally based professionals can assess your claim, try your case in court and help you recover damages that you may be entitled to.