Kansas City signs agreement with the U.S. Department of Justice 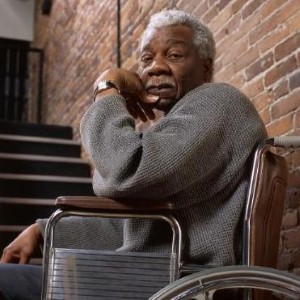 On July 25, the Justice Department announced that it formed an agreement with Kansas City, Missouri, to better all areas of civic life for citizens with disabilities. This accord is reportedly the 200th settlement attained under Project Civic Access (PCA), which strives to guarantee that all cities, states, counties and towns adhere to the Americans with Disabilities Act (ADA).

The ADA was enacted by Congress in 1990 and bans discrimination based on a person's physical or mental disability.

According to reports, under the PCA campaign, attorneys, architects and Justice Department investigators examine state and local government establishments, programs and services around the United States to ensure that these facilities comply with ADA requirements. If they don't, these officials and public servants make modifications so that everything from water fountains to restrooms are accessible to people who have a disability.

The agreement that was made on July 25 stipulates that all changes to building spaces be made within three years. With regard to sidewalks, transportation stops, curb ramps and pedestrian crossing, Kansas City will attempt to make any adjustments within six years.

''Although not all of us are disabled today, any of us could become disabled tomorrow. The signing of this agreement is not only a commitment to the disabled community, but also an act of conscience that strengthens the entire community,'' said David Westbrook, Chair of the Kansas City Mayor’s Committee for People with Disabilities, according to the U.S. Department of Justice. ''We talk a lot about being one of the nation’s most livable cities. Accessibility and livability are inseparable."

If you have been discriminated against at your place of work because you have a disability, take action. Contact a lawyer in Kansas City who can assess your claim, try your case in court and help you recover damages that you may be entitled to.