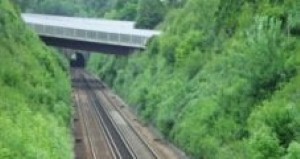 The Equal Employment Opportunity Commission (EEOC) has filed a discrimination complaint on behalf of a disabled man against Texas-based company BNSF Railway. According to sources, Kansas City, Kansas, resident Kent Duty was hurt in a car accident approximately 20 years ago and endured a hand and wrist injury.

The suit was recently filed in a U.S. District Court in Kansas City. According to reports, Duty feels that his job application for a locomotive electrician, which he filled out in 2008, was unfairly declined because hiring managers purportedly thought that he was not fit to use tools and climb ladders safely.

EEOC lawyers further allege that their client wasn't even given a chance to display whether he was healthy enough to perform the duties the job called for.

''BNSF has not been served with the complaint and is reluctant to make comments about a lawsuit we haven’t seen,'' the company said in a statement, states the Kansas City Star. "BNSF is an equal opportunity employer that complies with its obligations under federal laws, including the Americans With Disabilities Act,'' continued the declaration.

The news source also reported that, in the complaint, Duty's attorneys say that their client encountered no problems performing the physical tasks required of him at his last job as an industrial maintenance electrical technician and manager.

No word has been revealed as to when the case will go to trial.

If you have experienced discrimination in the workplace and live in Missouri, you may benefit from a consultation with a lawyer in Kansas City. These experienced and locally based professionals can assess your claim, try your case in court and help you recover damages that you may be entitled to.