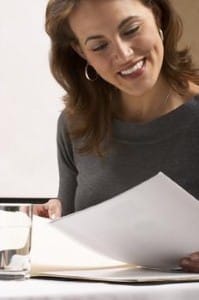 As a result, Wahl filed a lawsuit against Pullen at the end of last month, and says her superior, "has a history of gender-based discrimination and harassment, and is currently being investigated by the Equal Employment Opportunity Commission relative to another Louisville Metro employee’s allegations," according to Courier-journal.com.

Wahl also states that she was given approximately $83,600 a year, an income that she alleges was substantially lower than that of men who held the job.

Wahl also says that she isn't the first one to file such a lawsuit against the former director. There is purportedly one other sexual discrimination complaint that is being looked at.

Pullen is denying the accusations and saying that the decision to leave was "personal." In fact, according to the news source, he said "It’s just time for me to do something else. I’ve got one more good career in me.''

Along with his job title, Pullen will be leaving behind a yearly salary that totaled $109,000.

The trial date has not been made public as of September 10.

If you have been the victim of gender discrimination at your work and live in Missouri, you may benefit from a consultation with Kansas City attorneys. These experienced and locally based professionals can assess your claim, try your case in court and help you recover damages that you may be entitled to.