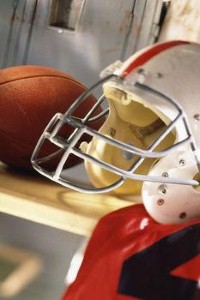 A Nebraska resident who suffers from a neurological and orthopedic disability claims he was discriminated against in October 2010 after he and his family tried to park in a handicap parking space at the University of Nebraska. According to multiple sources, Richard Norton Jr. filed a lawsuit in Lancaster County Court last month after the plaintiff and his kin visited campus to see an exhibit.

At the time, the University of Nebraska football team was playing against the University of Missouri. Upon arriving at the designated disabled parking spot, he was told that he wouldn't be able to leave his car there because donors and tailgaters were occupying it.

A university employee reportedly told Norton would have to pay $15 for an unoccupied handicap space that was allegedly quite far away from the exhibit entrance.

"Plaintiff showed the employee his disabled parking sticker and explained that the law prohibited them from charging disabled persons a fee to park in accessible spaces," the complaint declares, according to Courthouse News Service. "After being subjected to verbal harassment and ridicule by the defendant's second employee, plaintiff was allowed to park at the lot for only two hours but was threatened that his car would be towed if he returned to the lot 'even one minute late.'"

Norton purportedly filed a complaint with the U.S. Department of Education's Office for Civil Rights. The University of Nebraska admitted that the disabled man was treated unfairly and said that school officials would correct the problem but haven't done so yet.

If you live in Missouri and have been discriminated against, you may benefit from a consultation with a lawyer in Kansas City. These experienced and locally based professionals can assess your claim, try your case in court and help you recover damages you may be entitled to.