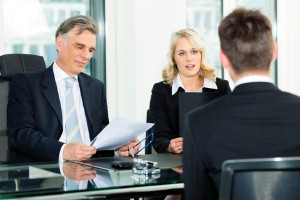 If an individual believes that he or she was the victim of religious discrimination in the process of applying for a job, an experienced Kansas City discrimination lawyer can assist that person prepare the best case possible to pursue justice and reach a settlement based on unfair hiring practices.

According to Title VII of the Civil Rights Act of 1964, if an employee or job applicant has firm religious beliefs, employers are required by law to make special provisions for that person as long as it does not place significant burden onto the company.

This issue surfaced in the greater Kansas City area recently after global customer management company, Convergys Customer Management Group, was found to be in violation of the Civil Rights Act.

According to reports, a Missouri citizen of Jewish faith named Shannon Fantroy applied for a position as a customer service representative at a Convergy's call center in Hazelwood, Missouri. Fantroy reportedly expressed during his interview that he would be unable to work on Saturdays in observation of the Jewish Sabbath. The recruiter then allegedly ended the interview immediately because Fantroy was unwilling to make concessions to work Saturdays.

After the abrupt termination of Fantroy's consideration for employment, the U.S. Equal Employment Opportunity Commission (EEOC) filed a religious discrimination civil suit against Convergys, according to reports. Ultimately, Convergys had to settle for $15,000 and had to implement mandated training programs on discrimination and accommodation law.

"Mr. Fantroy never had a chance to discuss accommodation options because the recruiter simply cut him off once he stated that because of his religious beliefs he could not work on Saturday," said EEOC attorney Barbara A. Seely, of the St. Louis District Office in a press release. "Giving an employee an alternate schedule where hundreds of employees are available to cover the shift was not an unreasonable request … Other call center employers around the country should take note of these requirements."