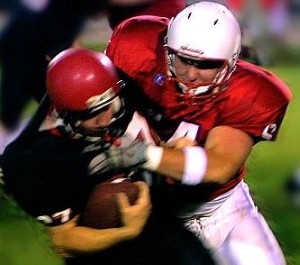 If the higher-ups in a specific organization show open discrimination against one employee, there is a fair chance that others have suffered from similar treatment. Weeks after equipment Manager Todd Hewitt's case against the St.Louis Rams made headlines, another former employee has accused the franchise of age discrimination.

According to the St Louis Post-Dispatch, Lory Fabian, a 56-year-old woman and former Rams employee, is suing the team for discrimination. Fabian was an alumni coordinator for the team until she was let go in May 2011. Before that, she had also worked with various coaches and team executives as an assistant.

Just as in Hewitt's case, Fabian was fired right before her age would have qualified her for long-term employee health benefits. It also falls in line with Hewitt's reported assertion that employees over 40 years of age were systematically being removed and replaced with younger individuals.

The case filed by Fabian's employment attorney states that Fabian was openly discriminated against because of her age during her time with the team. The legal document specifically names former head coach Steve Spagnuolo – who already stands accused by Hewitt – and executive vice president of football operations Kevin Demoff, as instigators of harassment at work. The source states that Demoff told Fabian directly that she was "too old for her job" and universally disliked.

In addition, Fabian's lawyer has also charged marketing executive Bob Reif with sexual harassment, stating that he touched her in inappropriate ways during her employment with the team.

Older employees who are fired or discriminated against because of their age face a particular challenge, because it may be more difficult for them to find new positions elsewhere. Anyone in Missouri who has felt the sting of such discrimination should speak with a lawyer in Kansas City to determine if legal action is an option.
Source: