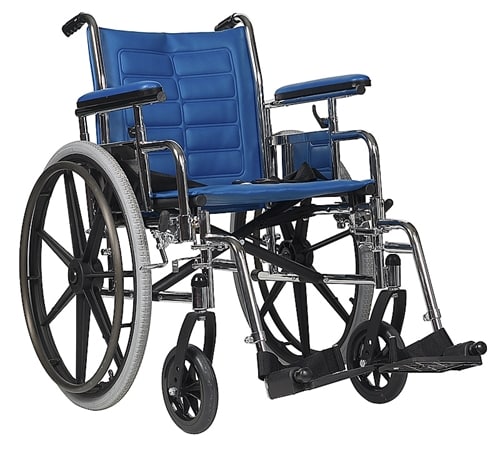 A Tennessee female resident has sued a breast center after she was reportedly told that she would have to go to another place to get a doctor-mandated MRI. Stephanie Cook, who is also Knoxville's disability service coordinator, says that even though she's been in a wheelchair for over 25 years, she's never been instructed to go elsewhere to receive medical treatment.

Although news outlets aren't providing information on when the complaint was filed, WATE 6, a local news station, did reveal that Cook was turned away from Knoxville Comprehensive Breast Center (KCBC) last December after she found a lump a few months before.

Cook also alleges that even having a note from the nurses stating that she would need some assistance getting onto the MRI table was not enough. However, the founder of KCBC says that her medical center was not in the wrong when they said that they would not be able to help the plaintiff.

"The way the machine is made, it's on a fixed height. It doesn't move up and down like other machines," Dr. Kamila Kozlowski said in a statement.

Cook says that still does not mean that she should have been turned away.

"I've had X-rays, I've had MRIs. I know how my body works, I know how to educate someone on what they can do to transfer me on to a piece of equipment," she told WATE 6.

The 17-page complaint is requesting that KCBC be made completely handicap-accessible and provide undisclosed compensatory damages.

If you have been the victim of discrimination because you have a disability and live in Missouri, you may benefit from an appointment with free consultation lawyers like those at Meyer's Law Firm. These experienced and locally based professionals can assess your claim, try your case in court and help you recover damages you may be entitled to.