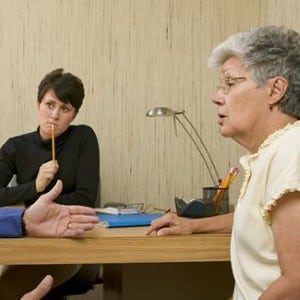 Three women from Tennessee are bringing a discrimination lawsuit against their former employer, Wal-Mart, after they were allegedly denied a promotion and paid less because of the fact that they are females, according to The Associated Press.

Cheryl Phipps, a resident of Covington, and Shawn Gibbons of Cookeville declared that they were not offered management training despite the fact that they were qualified to move up the work ladder. Bobbie Milner of Jackson said that she was accidentally given the paycheck of a male assistant manager of the store with far less experience than she had. She discovered that he earned thousands of dollars more than she did. According to the AP, when Milner brought this up with her supervisor, he said that "men needed to earn more."

Each of the plaintiffs had more than 10 years of experience working at the national chain Their lawyers are reportedly seeking class-action status in order to cover present and past female workers at Wal-Mart and Sam's Club franchises in the Volunteer State and areas of Arkansas, Alabama, Georgia and Mississippi.

Wal-Mart spokesman Randy Hargrove told the AP that he feels strongly about why the lawsuit shouldn't be certified as a class action.

"As we have said all along, these claims are unsuitable for class treatment because the individual situations are so different and because the claims of these three people are not representative of the hundreds of thousands of women who work at Wal-Mart."

No word has been released as to when the case will go to trial, however, Hargrove did state that Wal-Mart has strong policies banning discrimination of any kind.

If you have been the victim of unfair treatment at work and live in Missouri, you may benefit from a consultation with a Kansas City lawyer. These experienced and locally based professionals can assess your claim, try your case in court and help you recover damages you may be entitled to.