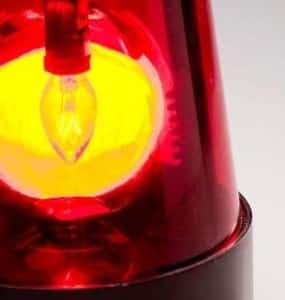 Arizona sheriff Joseph Arpaio was in court on Thursday, July 19, after he was accused of racial discrimination against Latinos. The American Civil Liberties Union (ACLU) of Arizona and other lawyers that are serving as the prosecution in the case have filed a class-action lawsuit alleging that Arpaio has violated the civil and constitutional rights of Hispanics.

The suit is being tried in the U.S. District Court in Phoenix. The prosecuting lawyers say that the defendant systematically and intentionally racially profiled Latinos by pulling over these alleged victims more while driving and demanding that they show they are in the country legally, which Arpaio's lawyers vehemently denies.

The sheriff's defense lawyer says that the searches were done professionally, with good reason and that they exceeded police standards.

"Race and ethnicity had nothing to do with the traffic stops," said Arpaio's lawyer, according to The Associated Press.

Although the purported victims aren't seeking monetary compensation, they do want a public statement from Arpaio's office acknowledging these racially charged practices. If they win, the plaintiffs are also requesting that the department alters its codes of conduct from what many say is "discriminatory policing."

One of the plaintiffs, David Vasquez, said that he and his wife were pulled over three years ago. One of the law enforcement officials asked if he spoke English, to which Vasquez answered yes.

"I just found it funny that he asked me that question because I felt like I had been singled out. I've never been asked that question," said Vasquez, a Mexican-American, who works as an IT specialist. Vasquez told the court that he was wasn't speeding and that he hadn't violated any laws.

He told his wife that he believed he had only been pulled over "for being brown," the source reports.

Arpaio is expected to take the stand and testify on Tuesday, July 24.

If you live in Missouri and believe that you have been a victim of racial profiling or discrimination based on the color of your skin, you may benefit from a consultation with a lawyer in Kansas City. These experienced and locally based professionals can assess your claim, try your case in court and help you recover damages that you may be entitled to.