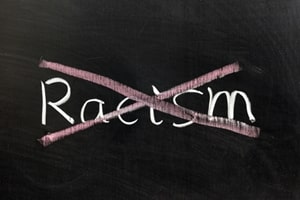 A federal appeals court has upheld a jury's decision to award $243,000 to two former truck drivers who say they were the victims of racial harassment in the workplace.

Contonius Gill and Robert Floyd Jr. were both employees of Widenhouse Inc., a North Carolina trucking company. The two men, who are African-American, say that they were subjected to routine harassment by their white coworkers, because of their race. According to a press release from the United States Equal Employment Opportunity Commission (EEOC), Floyd testified in court that his manager talked about a noose with Floyd's name on it, and said he might have some of his "friends" visit Floyd in the middle of the night.

Gill reported similar racial harassment, and claims he was fired from the company because he complained.

A Winston-Salem jury unanimously found in favor of the two men, awarding $50,000 to Floyd and $193,509 to Gill, for compensatory and punitive damages and back pay.

Widenhouse Inc. appealed, arguing that the court gave faulty instructions to the jury. But the federal appeal court struck down the appeal. The EEOC's regional attorney in the Charlotte district, Lynette Barnes, said the ruling was a victory for equal rights.

"The court's affirmation of this verdict sends a strong message to employers," she said in the EEOC press release. "First the jury, and now the appellate court, spoke to this employer loud and clear – racial harassment will not be tolerated."

If you believe you have been the victim of racial harassment in a Missouri workplace, you should consult with experienced employment discrimination lawyers. Call The Meyers Law Firm in Kansas City today. We can discuss your case and help you recover any damages to which you may be entitled.