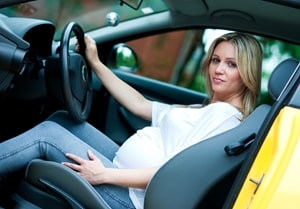 The auto parts retailer AutoZone has been ordered by a San Diego jury to pay $185 million to the plaintiff of a pregnancy discrimination lawsuit.

NBC 7 San Diego reports that Rosario Juarez had been hired by an AutoZone location in National City, San Diego County, as a retail sales associate in December 2000. She was promoted to parts sales manager the following April and then store manager in October 2004, but, she claims, only after fighting with Human Resources over it.

"First she had to fight to get a promotion to store manager," her attorney told the press. "When she got it, she saw the men were treated differently. When she got pregnant, she was terrified to tell her boss."

And for seemingly good reason. In September 2005, after learning she was pregnant, Juarez was pressured by her district manager to resign from her position. When she refused, she was demoted the following February. When an envelope of money in the cash register disappeared in November 2011, Juarez was blamed for the theft and fired — which she alleges was rooted in her being a woman and nothing else.

After a more than eight-year legal battle, Juarez emerged triumphant last week when jurors unanimously sided with her case, first ordering AutoZone to pay out $873,000 in lost wages and emotional distress, then increasing the amount to $185 million for punitive damages.

Discrimination and harassment in the workplace over factors that have nothing to do with job performance — such as gender, age, race and religion — is never acceptable behavior. If you believe you have been the victim of such policies, contact The Meyers Law Firm for expert employment discrimination lawyers that can work tirelessly for any damages you may deserve.