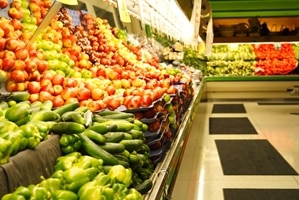 A 30-year-old California woman who was forced to take unpaid leave at her grocery store job after announcing her pregnancy is filing a discrimination lawsuit against her employer.

According to the Sacramento Bee, Luciana Borrego learned she was pregnant in June 2013 and subsequently told her managers at the Raley's grocery store in Ukiah, California. The next month, she brought a doctor's note instructing her not to lift anything heavier than 10 pounds. Not more than an hour later, the store director called her into his office and told her she would have to go on unpaid leave. Borrego was reportedly "devastated" by his decision, and although she gave birth that November, she never returned to work at Raley's.

"I was told I would have to go home because, even though I had a doctor's note, they don't accommodate pregnant people," said Borrego.

Borrego points out that the store could have very easily allowed her to stay on and continue working. As a deli and bakery counter employee, Borrego's day-to-day duties include packing food items, decorating cakes and restocking — all of which she could have kept doing during her pregnancy.

The incident prompted Borrego to launch a pregnancy discrimination lawsuit against the West Sacramento grocery chain. Chelsea Minor, a spokeswoman for Raley's, tells the Sacramento Bee that the company categorically denies any charges of discrimination and notions that the store does not care about, or go out of its way to accommodate, its pregnant employees.

If you believe you have suffered discrimination or unfair treatment in the workplace, schedule an appointment with The Meyers Law Firm today. Our employment discrimination lawyers can assess your case and determine if you may be entitled to damages.