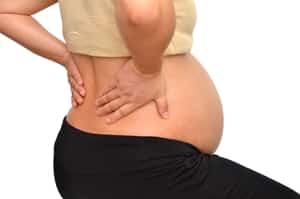 A Colorado court just ordered Montrose County to pay damages of over $300,000 after it was found guilty of discriminating against a pregnant employee. Stephanie Barnett first filed charges against the county in 2013, claiming that she was fired a mere nine days after telling her employer she was pregnant.

While workplace discrimination cases would normally be handled by a state or local court, Barnett's suit alleged that Montrose County had violated multiple federal statutes, leading to the case being tried by a federal judge. Ultimately, the jury found the county guilty of illegally terminating Barnett's position, citing violations of the Civil Rights Act of 1963 as well as the Pregnancy Discrimination Act of 1978.

Speaking on the verdict, one of Barnett's attorneys said that "the law states if you have a woman who is pregnant in your workplace, you can't discriminate against her because of her pregnancy," adding that "you have to grant reasonable accommodations due to the pregnancy."

County officials are still stressing their innocence despite the court's verdict, claiming that "although we respect the jury's verdict, we disagree with it and continue to maintain that Ms. Barnett's gender and/or pregnancy had nothing to do with her separation from County employment. The County continues to consider this case to be completely without merit."

This case is part of a growing number of pregnancy discriminating claims. According to a report by the U.S. Equal Opportunity Commission, the number of claims like Barnett's has increased by 45 percent between 1997 and 2011.

Gender and racial discrimination are serious workplace problems. If you believe that you are a victim of discrimination,  submit your claim to an experienced employee rights lawyer at The Meyers Law Firm to have your case reviewed and discuss next steps.