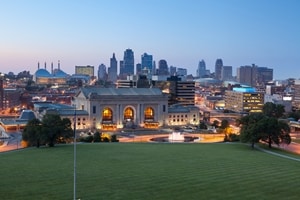 The Missouri Supreme Court just vacated a judgment that had cleared the Kansas City Chiefs of an age discrimination complaint, sending the case back to Judge James Kanatzar and the Jackson County Circuit Court.

The case in question was first filed by Steven Cox, the former director of stadium operations for the Chiefs. He was fired back in October 2010 at the age of 61 and was replaced by a 37-year-old. Cox's attorneys brought the termination to trial, claiming that his then-boss, Chiefs Chairman and CEO Clark Hunt, claimed he wanted the organization to move in a "more youthful direction." Ultimately, according to the complaint, this claim resulted in a company-wide movement to terminate or otherwise remove older employees and replace them with younger workers.

During the case, Cox's attorneys were not allowed to depose Hunt or present evidence from any of 20 former older employees who were terminated. Despite not hearing this evidence, the court still reached a verdict, and one favoring the Chiefs at that. An appeal was filed two months after the original verdict in July 2013. It eventually reached the state Supreme Court, which ruled that the circuit court abused its discretion and ordered it to rehear the case.

Workplace discrimination is a serious issue. If you believe you, a colleague, a client or a friend have been treated unfairly because of age, a disability or other issue, submit your claim to the workplace discrimination attorneys here at The Meyers Law Firm. Our staff will review your case and help you determine your best course of action.