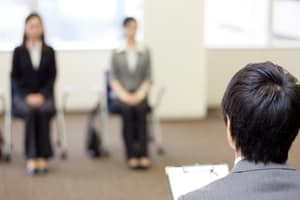 A federal data mining contractor has agreed to a settlement in an employment discrimination lawsuit that accused the company of discriminating against thousands of minority job applicants.

In a press release issued September 10, 2014, the U.S. Department of Labor highlights how Westat Inc. discriminated against over 3,600 African-American, Asian-American, Hispanic and female applicants at its work sites in California, Connecticut, Michigan, Mississippi, New York, North Carolina and Tennessee, as well as its headquarters in Rockville, Maryland.

As part of its settlement with the Labor Department, Westat has agreed to pay $1.5 million in back wages and accrued interest to the aforementioned applicants, as well extend job offers to 113 of them.

"For more than 50 years, Westat has effectively harnessed the power of data to produce ground-breaking research," Secretary of Labor Thomas Perez said in an official statement. "That commitment to data integrity should also be applied to its employment practices so that every worker has a fair shot at getting a good job and company leadership understands exactly who is getting hired and why."

If you live in Kansas City and believe you have been the victim of discrimination either in the workplace or during the application process, contact The Meyers Law Firm right away. Our expert employment discrimination lawyers can provide the representation you deserve and fight for any damages you may be owed.