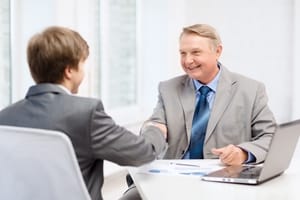 DSW Inc. will settle for $900,000 after being sued for discriminating against and firing older employees because of their age.

The age discrimination complaint was levied by the Equal Employment Opportunity Commission's (EEOC) Chicago District Office, which accused the shoe retail chain of not only basing its firing practices on age — specifically targeting older workers — but also punished some of its own managers who refused to take part in the same age-based practices. The lawsuit was filed on September 15 on behalf of seven of the company's previous managers as well as 100 ex-employees.

For its part, the company denies any wrongdoing and claims that the firings were rooted in "economic volatility and were in no way influenced by the age of associates." The charges concern terminations that occurred in 2008 and 2009, around the time of the economic crash when many companies were suddenly forced to downsize, but one trial attorney believes that this is just a convenient excuse.

"We see this often where it's easy for employers to use a need for a reduction in force and financial problems as an easy excuse to let go of older workers," the lawyer tells The Chicago Tribune. "We think that's what happened here at DSW."

As part of its settlement, DSW will disperse $900,000 in back wages to the plaintiffs as well as report any employee age discrimination complaints to the EEOC for the next three years.

If you believe you have been or are being discriminated against in the workplace because of your age, sex, religion or race, contact the employment discrimination lawyers of The Meyers Law Firm right away. Our expert legal counsel will provide you with the representation you deserve and fight for any restitution you might be owed.