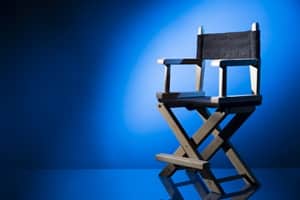 As part of a probe to address accusations of widespread gender discrimination against female film and TV directors, the federal Equal Employment Opportunity Commission has begun interviewing directors about their experiences in the Hollywood system. Women currently get only about 16 percent of the episodic TV directing jobs, and last year directed less than 5 percent of the major studio releases.  Thus, there has been a continued groundswell around the issue of sexual discrimination in Hollywood.

The first person interviewed was Maria Giese, director of "When Saturday Comes," and activist for parity for women directors in Hollywood. Giese, who had in 2013 attempted to bring widespread gender discrimination to the EEOC's attention, claims that during the interview, investigators were looking for "patterns of hiring and how they could possibly result in discrimination."

"They're looking for ways in which the studios, the networks, the guild, the agencies, and even management companies and indie production companies function in order to determine why and how women continue to be almost completely shut out of the directing profession," said Giese. "A common complaint is that when women directors ask their agents to set them up for meetings for shows they love, they're told they don't hire women directors, or that they hired one once and it didn't work out. These are things we hear all the time. It's endemic."

This probe marks the third time the EEOC has investigated Hollywood for discriminatory hiring practices: Beginning with a series of hearings in 1969 where the EEOC concluded that women and minorities were being discriminated against in behind-the-scenes jobs and followed with a probe of Hollywood's hiring practices in 1984. Under the direction of then-EEOC chairman–now Supreme Court Justice–Clarence Thomas, the year-long investigation resulted in no action being taken at the time.

Yet, as more and more female directors come forth and allege discrimination, the tide seems to be turning. The EEOC is in the process of determining what action, if any, should be taken—including reserving the right to file a class action lawsuit.

If you have been the victim of discrimination due to your gender, race, or any other reason, contact The Meyers Law Firm so our experienced employment discrimination lawyers can help.