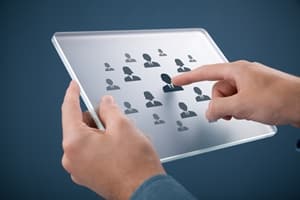 In the latest move in its longstanding campaign for workplace equality, the Equal Employment Opportunity Commission (EEOC) has filed a Title VII lawsuit against an assisted living facility claiming that it was using an "unlawful employment exam" that was blatantly biased against African-migrant employees.

According to the claim, back in April 2009, Columbine Management Services, a Fort Collins, Colorado-based company, enacted a new company policy that required all personal care providers (PCPs) working at New Mercer Commons to undergo a written exam as part of a formal training course. The EEOC says that neither of the two companies completed "any formal job analysis of the essential skills or job duties necessary to perform the PCP position, before or as part of developing the PCP exam."

More importantly than that, though, the EEOC reports that "a disproportionate percent of the African exam takers failed the exam," allowing the defendants to exploit the exam as a way to justify firing current African employees and avoid hiring new ones.

As part of the pretext established for the case, the EEOC argues that many of the exam's questions were phrased in a way commonly "known to confuse ESL (English as second language) test-takers," and that a large number of the variables tested were completely unrelated to the skills the exam purported to measure. Beyond that, the EEOC also says that African workers taking the test were given "little if any partial credit for questions answered at least in part correctly," while non-African workers received significantly more generous partial credit.

Supporting this claim, argues the agency, is a repeated history of bias within the two companies toward African employees.

Discrimination in the hiring process is a serious issue. If you believe you've been treated unfairly because of your race, gender,  disability, or other issue, submit your claim to the workplace discrimination attorneys here at The Meyers Law Firm. Our staff will review your case and help you determine your best course of action.