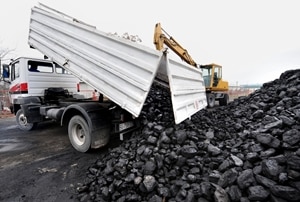 United States District Judge Frederick Stamp Jr. just awarded over $586,000 in pay and benefits to a now-retired worker for CONSOL Energy who accused the company of practicing religious discrimination. On top of the damages awarded, Judge Stamp also gave a federal injunction ordering both CONSOL and one of its former subsidiaries, Consolidation Coal Co., from committing any similar acts.

The ruling pertains to a case first filed in 2013 by the Equal Employment Opportunity Commission. It claims that Beverly Butcher was forcibly retired shortly after CONSOL and Consolidation Coal installed biometric scanners are a Mannington, West Virginia mine. It goes on to state that despite numerous attempts to talk to management about it, neither company considered any alternatives for him that wouldn't violate his religious beliefs.

Back in January before the case's final ruling, a federal jury gave Butcher $150,000 in compensatory damages.

The defendants disagree with the ruling, and claim that they will appeal the verdict. "The record is clear that Mr. Butcher failed to follow the contractually required dispute resolution procedures," says a spokesman for Murray Energy Corp, which recently acquired Consolidation. "Further, Consolidation Coal Co. made a reasonable accommodation for his religious beliefs and never discriminated against Mr. Butcher."