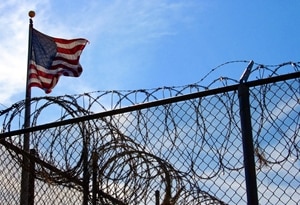 A former Wyoming prison guard claims the prison racially discriminated against him during a 2012 hiring event.

Before leaving his job, McCoy worked as a correctional officer for the prison for two years. In that time he'd filed several complaints regarded racial discrimination and an overall hostile work environment. When he reapplied after leaving, he claims he was given no "valid reason" for the penitentiary's decision not to rehire him. He added in the suit that he knew several "Caucasian employees" who, had been reinstated to their former posts after they resigned.

McCoy, who is representing himself, claims that the prison's refusal to rehire him violated the due process and equal rights granted by the 14th amendment as well as his right to free speech. He is seeking $75,000 in damages, citing loss of earnings and career opportunities, as well as defamation and humiliation.

Racial discrimination in the workplace is a serious issue. If you believe you've been treated unfairly because of your race, submit your claim to the workplace discrimination attorneys here at The Meyers Law Firm. Our staff will review your case and help you determine your best course of action.