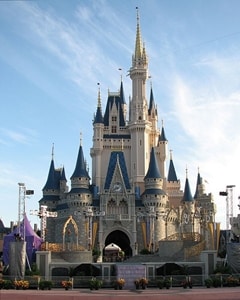 For former Disney World temp worker Monica Shaw, who accuses the Florida theme park of racial discrimination in a new lawsuit, the "Happiest Place on Earth" was anything but.

Shaw, a resident of Orlando, Florida, who worked as a contract administrator for Disney World from late 2012 to February 2014, accuses the theme park of racial discrimination and harassment in the workplace in her complaint. According to the litigation, Shaw insists she was singled out and ultimately fired with no warning because a supervisor thought her high heels and "updo" hair style were in violation of the park employee dress code, known as the Disney Look.

As defined by Disney's website, the Disney Look stipulates that employees maintain a "clean, natural, polished and professional [appearance and avoid] 'cutting edge' trends or extreme styles." Shaw asserts that she did comply with this dress code, but that an executive found her shoes (which they called "spike pumps") and hair cut still inappropriate.

The charges of racial discrimination don't end with Shaw's appearance. The plaintiff also contends that she was assigned a cubicle smaller than those given to white employees, was not given a printer (needed for fulfilling one of her job duties of printing documents) and that her coworkers joked about African bees in front of her.

The extent of the damages Shaw is seeking was not disclosed.

If you have suffered harassment at work or believe you were the victim of racially-motivated behavior or termination, contact The Meyers Law Firm right away. Our expert employment discrimination lawyers will work to make sure you receive the compensation you deserve.