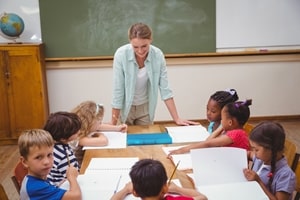 Following a federal court decision, former Jackson, MI Public Schools administrator Pamela Felder will be able to move forward with her discrimination suit against the district.

Felder's suit claims that she was passed over for a position for which she was fully qualified, and that the position was filled by the son of another administrator who was less qualified than she was. She also claims that when her contract failed to get renewed she wasn't offered another job in the district, while several other administrators in her position were. Her suit alleges that these decisions were based on her race and gender.

In a June 9 order, U.S. District Judge Tom Lee claimed that the district was unable to provide enough evidence denying Felder's claims, and as such, her case could move forward to trial.

Responding to the order, Felder's attorney commented that "we believe that his opinion serves notice that school district and school officials must comply with the law and that their decisions cannot be based on any discriminatory practice – race, gender, disability, perception of disabilities. We're happy that a jury is going to be able to hold the responsible parties accountable for their unlawful acts."

When asked for their own perspective, a district spokesperson said that the district has a policy against commenting on legal matters.

Discrimination in the workplace is a serious issue. If you believe you've been treated unfairly because of race, gender, or any other issues, submit your claim to the workplace discrimination attorneys here at The Meyers Law Firm. Our staff will review your case and help you determine your best course of action.