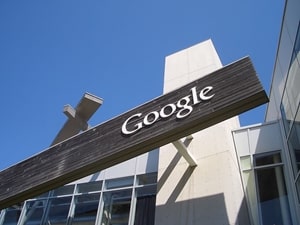 In the latest job discrimination complaint to hit Silicon Valley, a 64-year-old software engineer accuses Google of age discriminatory hiring practices that skew away from applicants older than 40.

The complaint was filed in San Jose, California, by Brian Heath, who claims that the tech giant placed him in unfair interviewing circumstances. According to the lawsuit, the interviewer was 10 minutes late to the call, "barely fluent in English," spoke over a poor-quality speakerphone and frequently interrupted the plaintiff while he was trying to explain his background and qualifications for the job. Heath was eventually given a coding test to complete, which he finished and then asked how to send through Google Docs. However, according to Heath's complaint, the interviewer flatly refused to accept the test through either Google Docs or email, instead insisting that the plaintiff read him the code over the phone — which Heath did comply with as well.

The next day, Heath was told he would not be moving forward in the hiring process. Because, prior to the test, Heath had submitted a resume outlining 30 years of experience, he claims that Google knew exactly how old he was and deliberately put him through this unfair interview process to get rid of him.

"By conducting the interview as described above, Google intentionally did not allow Mr. Heath to communicate or demonstrate his technical abilities, and did not have a sincere interest in hiring Mr. Heath," states the lawsuit.

If you believe you have been unfairly discriminated against in the workplace or hiring process because of your age, schedule an employment with the employment discrimination lawyers at The Meyers Law Firm to discuss your next steps for legal action.