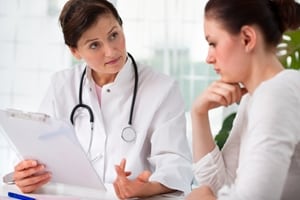 A juice product manufacturer has admitted to wrongdoing in an employee disability discrimination case, agreeing to a settlement of $125,000 in damages.

The lawsuit, filed on the employee's behalf by the Equal Employment Opportunity Commission (EEOC), alleges that Gregory Packaging Inc. had fired one of its Newman, Georgia, workers once it was disclosed that he was HIV-positive. According to the complaint, the Newman employee had a sterling performance record and never failed to perform his duties safely and responsibly, indicating that the man's HIV diagnosis was the only reason for which he would have been fired — an act that stands in violation of the Americans with Disabilities Act (ADA).

"The company now acknowledges that the employee's continued employment after he became HIV-positive did not pose a threat to the health or safety of him or others," Robert Dawkins, the EEOC's Atlanta office's regional attorney, said in an official statement. "This is a positive step in eliminating the unjustified fears the ADA was designed to combat."

In addition to paying out $125,000 in damages to the fired employee, Gregory Packaging will also have to provide "equal employment training, reporting and postings" at its facilities.

No employee should ever have to suffer discrimination or harassment in the workplace because of personal characteristics that have no bearing on job performance. These can include age, race, religion, gender and medical conditions. If you believe you've been unfairly treated at work or fired, schedule an appointment with The Meyers Law Firm right away. Our expert employment discrimination lawyers can assess your claim and fight for any compensation you may be owed.