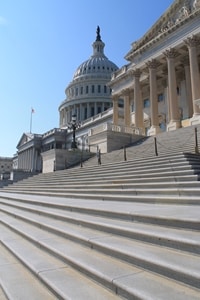 The House Financial Services Oversight and Investigations Subcommittee recently held a hearing that brought forward shocking new testimony from employees of the Consumer Financial Protection Bureau (CFPB) about discrimination at their work place.

The House committee first began investigating a series of complaints about widespread discrimination and retaliation processes at CFPB back in April of 2014. This latest batch of testimony, however, points to working conditions vastly inferior to the original allegations.

The charges are that the CFPB has a shockingly terrible track record when it comes to prolonged workplace discrimination, and that this atmosphere has led to retaliations against certain employees and created a toxic work environment.

Speaking on the complaints, committee chairman Rep. Sean Duffy (R-WI) says that, "Of all the federal financial agencies, the CFPB has the worst track record of protecting its own employees against discrimination. The per capita number of Equal Employment Opportunity complaints at the CFPB is far higher than at other federal agencies," adding that "despite disturbing reports of low morale and Congressional investigations, the leadership at the CFPB continues to turn a blind eye to the treatment of its own people."

Republicans and Democrats used the hearing in part as a stage to argue about discrimination issues in the banking industry, with Republicans trying to bring the conversation back to the CFPB, and noting that bank discriminations were under the purview of the Department of Justice.

Workplace discrimination remains a prominent issue throughout the country. If you believe you've been treated unfairly for your race, religion, gender, or any other reasons, or if you believe your workplace is unfairly treating others, send your claim to our expert discrimination attorneys here at The Meyers Law Firm. Our staff will review your case and help you determine your best course of action.