Is an potential employer looking at your social media discrimination? 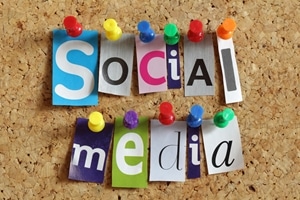 The increasing prevalence of social media makes the pursuit of privacy difficult, and on a legal level it creates new dilemmas: above-board background checks can be conducted via a simple internet search of a person's name, resulting significant volumes of information being made available. This could include anything from publicly available court records to a person's race, age and religion.

"Much of the information that can be gleaned via social media about a potential employee can insidiously impact the process."

For an employer, access to this information can be problematic. While employment discrimination is illegal, much of the information that can be gleaned via social media about a potential employee can insidiously impact the process.

In a recent large-scale field experiment conducted by Alessandro Acquisti and Christina Fong of Carnegie Mellon University, researchers created Facebook profiles for fictional job candidates, making them mostly identical save for listing differences in religion or sexuality. Nearly 33 percent of the companies they submitted the fake candidates' resumes to searched out the Facebook profile. In predominantly republican areas of the U.S., employers called in only two percent of the candidates who listed their religion as "Muslim." compared to the 17 percent of Christian applicants.

Companies regularly use the Internet to research job applicants and, according to the study, about half the respondents who researched applicants online found information that caused them to not extend job offers. In cases like that of Martin Gaskell, a lead candidate for an academic position at the University of Kentucky and evangelical Christian who publicly doubted the theory of evolution, declining to extend a job offer can be costly: Gaskell sued the school and ultimately received a $125,000 settlement.

If you feel you have been unfairly passed over for an opportunity, contact The Meyers Law Firm. Our employment discrimination lawyers are ready to examine your case and advise you how to proceed.