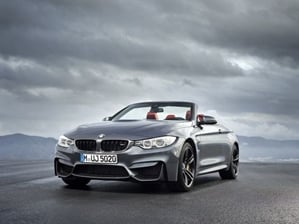 On August 11, a federal judge refused BMW Manufacturing Company's motion to dismiss a racial discrimination lawsuit. Specifically, the suit alleges that BMW has discriminated against black job applicants with a screening policy at its manufacturing facility in Greet, South Carolina.

The suit was originally filed in 2013, when the EEOC accused BMW of violating the civil rights of several former employees by using criminal background checks with disproportionate frequency and effect on black employees and applicants. According to the complaint, this policy affected dozens of employees staffing a BMW warehouse. It also alleges that these frequent screenings discriminated against black candidates, who have had higher arrest and conviction rates than white applicants.

The EEOC has also accused BMW of its policy not distinguishing between felonies and misdemeanors, an allegation that the automaker has vehemently denied.

A trial date has yet to be set.

If you have faced discrimination in the workplace or in the application process, and believe you might have a lawsuit on your hands, contact The Meyers Law Firm. Our expert employment discrimination lawyers can assess your claim and discuss your next steps.