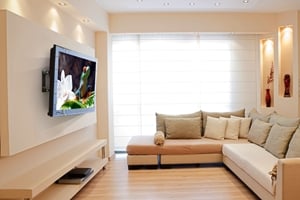 The suit was filed against Al Sharpton's National Action Network, Comcast and Time Warner. The reopening is in spite of the case originally being dismissed two weeks prior.

According to Mark DeVitre, the president of NAAAOM, the suit was sparked by the fact that Comcast and Time Warner Cable, who each spend nearly  $25 billion a year on licensing cable networks, but spend less than $3 million a year on African-American owned media.

The lawsuit also names the NAACP, and claims that the civil rights organization has, in tandem with Sharpton's group, collaborated to make it appear as though Comcast and NBC fight for diversity even though that isn't actually the case. According to the suit, Al Sharpton's role as a host on MSNBC was given to him in exchange for his support of their weak diversity policies.

"Comcast spent millions of dollars to pay non-media civil rights groups to support its acquisition of NBC-Universal, while at the same time refusing to do business with 100 percent African-American owned media companies," the suit states. "These payments were a ruse made with an ulterior motive: To make Comcast look like a good corporate citizen while it steadfastly refused to contract with 100 percent African American-owned channels."